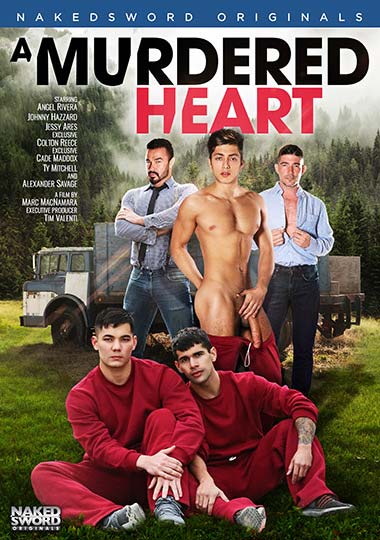 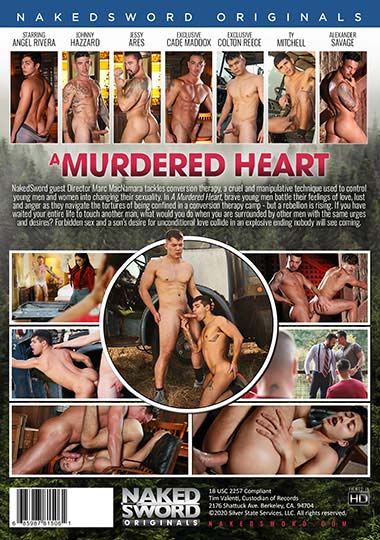 Description:
Award-winning director Marc MacNamara delivers a masterful drama that follows the stories of three young men who are sent to conversion therapy camp, ultimately proving that love and human desire conquer all in “A Murdered Heart.” As they battle with manipulative techniques used to control people into changing their sexuality, these handsome studs find solace in the connections and bonds they have with the others like them in the camp. While there, they navigate the agony of being condemned, but a rebellion is on the rise as they find escape through their steamy connections with each other. On the first night at the camp, Joseph (Angel Rivera) has a nightmare about the night his father caught him and his boyfriend Alexander Savage fucking and cumming on each other’s faces in the dark. When Phillip (Ty Mitchell) and Charlie (Colton Reece) devise a plan to escape the camp, they stop off at an abandoned truck for some cock sucking and hole-pounding action that ends in facials. When the pastor’s assistant Cade Maddox is on duty to watch Joseph (Angel Rivera) in isolation, Cade learns he can’t deny his urges and pounds Joseph hard before nutting all over his face. In a wicked twist, Joseph’s father Johnny Hazzard’s deepest secrets are revealed and major discoveries come to light with a special mystery appearance by Jessy Ares. If you have waited your entire life to touch another man, what would you do when you were finally set free? Find out in “A Murdered Heart” from NakedSword Originals.