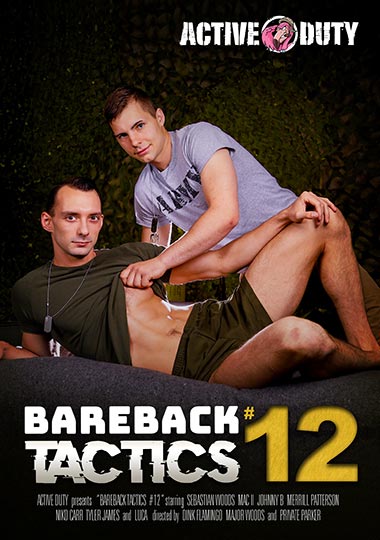 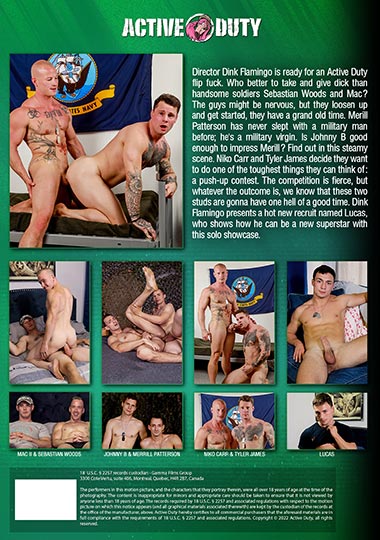 Description:
Director Dink Flamingo is ready for an Active Duty flip fuck. Who better to take and give dick than handsome soldiers Sebastian Woods and Mac? The guys might be nervous, but they loosen up and get started, they have a grand old time. Merill Patterson has never slept with a military man before; he’s a military virgin. Is Johnny B good enough to impress Merill? Find out in this steamy scene. Niko Carr and Tyler James decide they want to do one of the toughest things they can think of: a push-up contest. The competition is fierce, but whatever the outcome is, we know that these two studs are gonna have one hell of a good time. Dink Flamingo presents a hot new recruit named Luca, who shows how he can be a new superstar with this solo showcase.