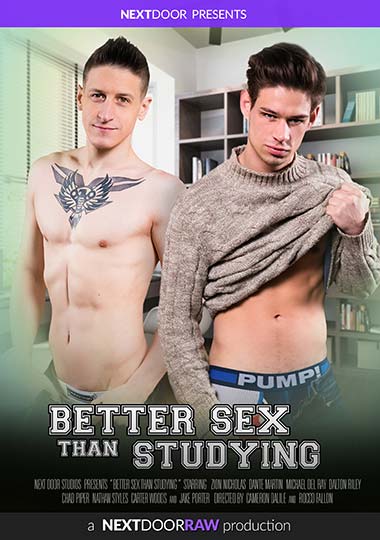 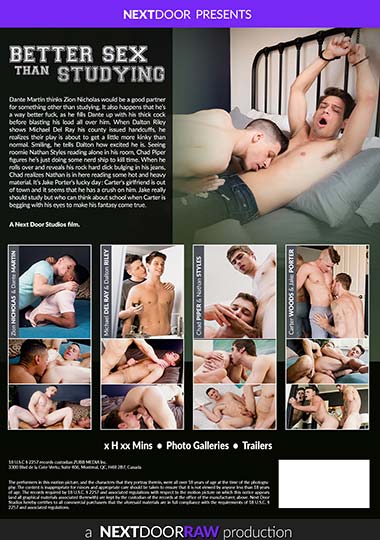 Description:
Dante Martin thinks Zion Nicholas would be a good partner for something other than studying. It also happens that he’s a way better fuck, as he fills Dante up with his thick cock before blasting his load all over him. When Dalton Riley shows Michael Del Ray his county issued handcuffs, he realizes their play is about to get a little more kinky than normal. Smiling, he tells Dalton how excited he is. Seeing roomie Nathan Styles reading alone in his room, Chad Piper figures he’s just doing some nerd ship to kill time. When he rolls over and reveals his rock hard dick bulging in his jeans, Chad realizes Nathan is in here reading some hot and heavy material. It’s Jake Porter’s lucky day: Carter’s girlfriend is out of town and it seems that he has a crush on him. Jake really should study but who can think about school when Carter is begging with his eyes to make his fantasy come true.