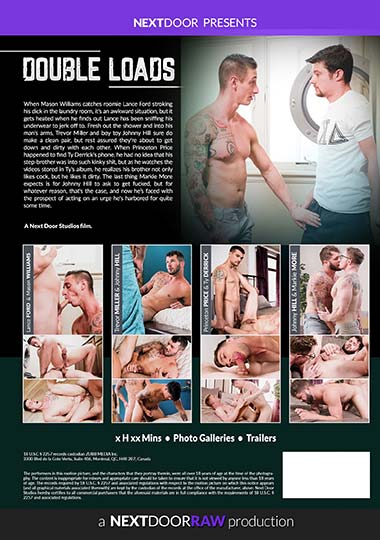 Description:
When Mason Williams catches roomie Lance Ford stroking his dick in the laundry room, it’s an awkward situation, but it gets heated when he finds out Lance has been sniffing his underwear to jerk off to. Fresh out the shower and into his man’s arms, Trevor Miller and boy toy Johnny Hill sure do make a clean pair but rest assured they’re about to get down and dirty with each other. When Princeton Price happened to find Ty Derrick’s phone, he had no idea that his step-brother was into such kinky shit, but as he watches the videos stored in Ty’s album, he realizes his brother not only likes cock, but he likes it dirty. The last thing Markie More expects is for Johnny Hill to ask to get fucked, but for whatever reason, that’s the case, and now he’s faced with the prospect of acting on an urge he’s harbored for quite some time.