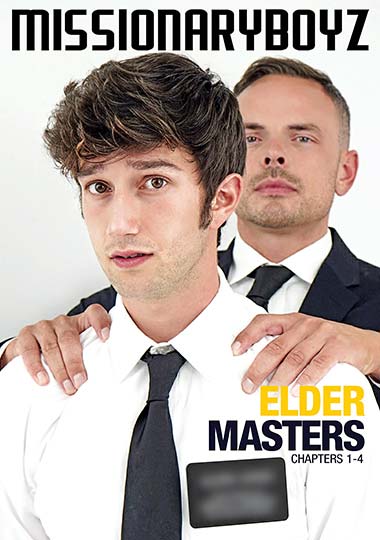 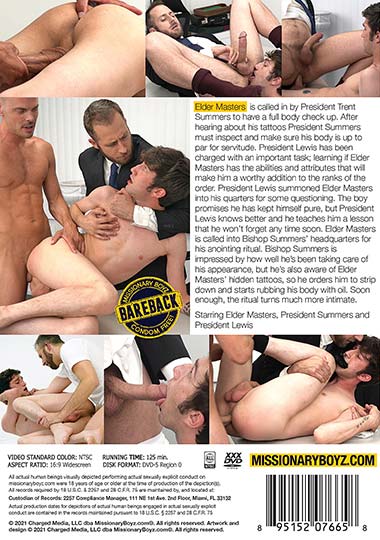 Description:
Elder Masters is called in by President Trent Sumnmers to have a full body check up. After hearing about his tattoos President Summers must inspect and make sure his body is up to par for servitude. President Lewis has been charged with an important task; learning if Elder Masters has the abilities and attributes that will make him a worthy addition to the ranks of the order. President Lewis summoned Elder Masters into his quarters for some questioning. The boy promises he has kept himself pure, but President Lewis knows better and he teaches him a lesson that he won’t forget any time soon. Elder Masters is called into Bishop Summers’ headquarters for his anointing ritual. Bishop Summers is impressed by how well he’s been taking care of his appearance, but he is also aware of Elder Masters’ hidden tattoos, so he orders him to strip down and starts rubbing his body with oil. Soon enough, the ritual turns much more intimate.