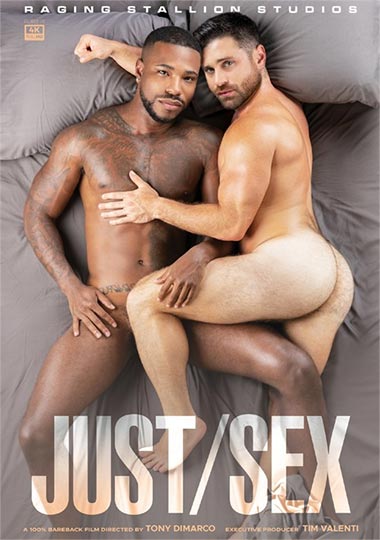 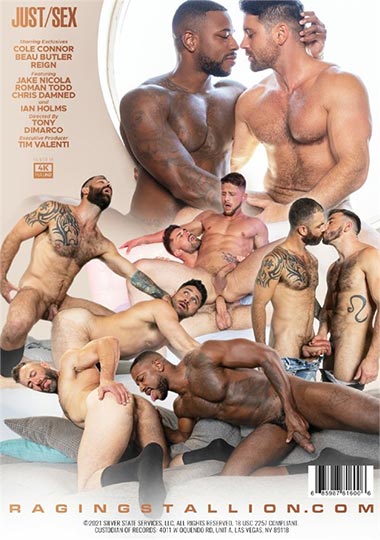 Description:
Everyone needs to release and smother a random man with their fresh load every once in a while, and that’s why these hot, hairy men are looking for nothing more than ‘Just Sex’. From award-winning director Tony Dimarco, this film follows seven studs as they suck, rim, and fuck each other until their balls have been fully drained. Jake Nicola is ecstatic to discover a completely naked Beau Butler waiting for him in bed. The bearded daddy immediately dives into the beefy man’s hairy asshole and coats his insides with a thick layer of his cum. Tattooed hunk Chris Damned starts touching himself when he sees a hard and ripped Roman Todd showering off. Not caring about getting his clothes soaked, Chris Damned walks in on Roman Todd and fills up both ends of the muscle man with his XL cock. Cole Connor can’t wait to relax after work, but Reign refuses to let the white-collar stud take a break until he’s serviced his long dick with his mouth and hole. Bored at home alone, Ian Holms booty calls Jake Nicola over to rearrange his guts with his famously girthy dick. Beau Butler is face down, ass up, and patiently waiting for Reign to come in and destroy his furry hole. Reign doesn’t disappoint the thick bottom and gives him the barebacking of a lifetime before covering his body in a fresh load of his cum. Take a look at how all of these cum-worthy hunks show off their oversized cocks, tight holes, and gushing loads and you’ll understand why they’re constantly on the hunt for ‘Just Sex’.