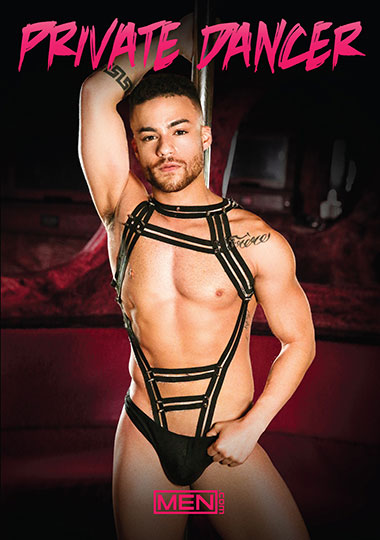 Description:
Michael Roman and Jay Alexander are two strippers vying for a spot in the most exclusive dance club in Florida. However, if they’re both going to make it in, they’re going to need to help each other out. In exchange for Jay teaching Michael how to keep his mind on the money and his eyes on the wall, Michael lets Jay have free-reign over his muscular, tattooed body. Jay pounds Michael’s hole while the muscular beefcake rides him all over the champagne room. Any old music will do, but the sound of Jay and Michael’s hard bodies slapping together is sure to get your blood pumping. Diego Sans, a single father, knows just what he wants. He doesn’t want a million dollars, or to live out by the sea, he just wants rich hunk Scott DeMarco to shower him with enough bills for Diego to take care of his son. Diego shows off his lithe and limber body in a private room with the bearded stud, giving him a memorable show and a chance to suck Diego’s big thick cock. Diego isn’t the only one who knows how to move his body though, and Scott shows off his talents in some uniquely acrobatic positions. Diego rims Scott’s hairy hole on a handstand before he pounds it out all over the private room in this steamy dreamy encounter. Fit and flexible Beaux Banks is here to loosen up your collar, strutting his sexiest moves as a private dancer in a high-end strip club. His client, Kurtis Wolfe thinks he’s got the moves to impress Beaux, and when he hops up on the pole he dazzles the dick-hungry dancer in his denim jockstrap that can barely contain his huge dick. Beaux works Kurtis’ pole hard, gagging as he takes it all the way down while they warm up for an acrobatic and intense pounding in the private room. This hot and heavy scene will have you begging to see them do the shimmy again.