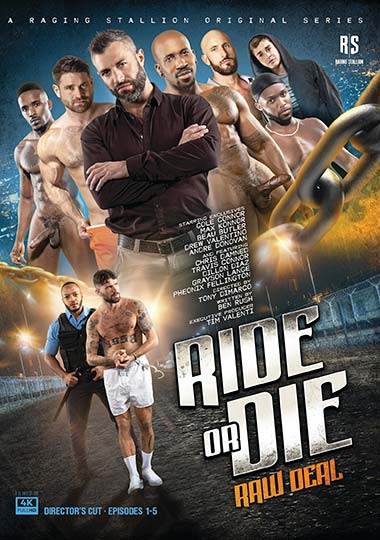 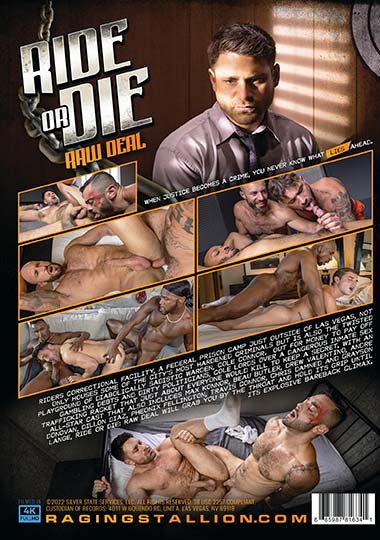 Description:
Riders Correctional Facility, a federal prison camp just outside of Las Vegas, not only houses some of the city’s most notorious criminals but is also the twisted playground of diabolically sadistic warden Cole Connor. Out for money to pay off gambling debts and dirty politicians, Cole lords over a dangerous inmate sex trafficking racket that just about everyone – including the chief district attorney – would do anything and everything to keep a secret. With reputations to protect, the rich and powerful must go head-to-head with an unhinged warden while the convicts learn quickly just how stiff sentences can be when you’re on “the inside.” ‘Ride Or Die: Raw Deal sets the stage with never-before-seen content in the hardcore director’s cut of the first five episodes of the gritty action-drama directed by award-winning filmmaker Tony Dimarco, written by talented scribe Ben Rush and featuring an all-star cast of ten rough and rugged studs. Chris Damned gets delivered to Travis Connor, the D.A. who put him away, and Chris proceeds to pound his corrupt hole bareback. Twisted warden Cole Connor decides to show Chris Damned the right way to service a man by plowing Officer Dillon Diaz with is huge dick. After a brawl in the prison cafeteria, Drew Valentino is sent back to his cell where he shares an intimate fuck with his prison boyfriend, Beau Butler. Governor Max Konnor has a dirty little secret, and his name is Grayson Lange. Konnor’s wife’s away, so Grayson comes over to play and get his hungry boy-hole drilled. Beau Butler is sent out as a special gift for #1 selling rap artist Andre Donovan and his hot agent Pheonix Fellington. Andrew and Pheonix make out while Beau services their meat, and then they fuck Beau every which way until all three are spent. How long can the Warden’s sex ring go on and who are all the players in his intricate web of deceit and corruption?