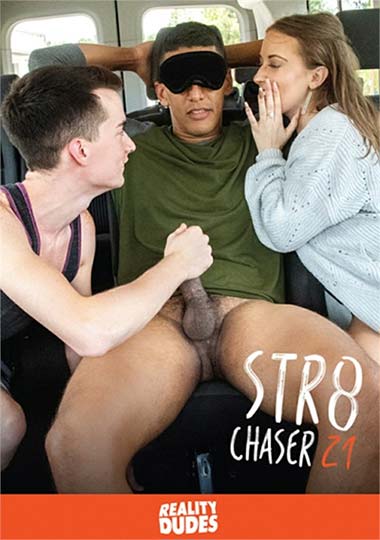 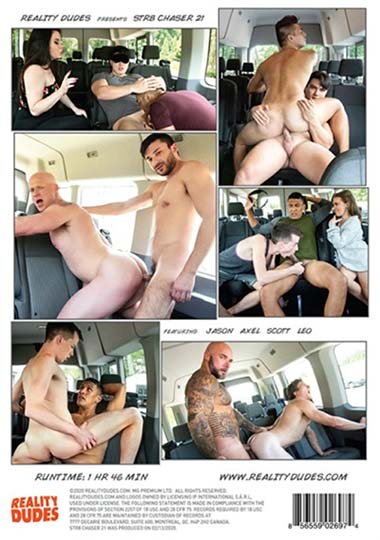 Description:
Jason: Today I’ve got Jenn and Roman in the van to pick up straight guy Jason. Jason is a huge, muscular, tattooed silver fox, and he’s not happy about it when he pulls off the blindfold and sees it’s a blond twink sucking his dick! But after I flash the cash and Jenn promises to fuck him all night long, we manage to talk him into getting back down to it, even sucking Roman’s dick and fucking his ass. Axel: It’s double the Asians, double the fun today! Axel thinks he’s been set up on a date with hot chick Jasmine, so he’s surprised to be picked up in our van with a dude behind the wheel…but not as surprised as when Jasmine tells him she wants him to wear a blindfold while she fucks him on the road! Once Axel’s eyes are covered, Jasmine tags in Kye, who gets on his knees to give Axel a very enjoyable blowjob. Scott: I spent all day trying to find a guy to let my buddy Roman blow him. But when I saw dark-haired, bearded Scott the search was worth it. Once this hot piece saw Scarlette hanging out without any panties on, he was willing to do anything we told him to. He dropped his pants and Roman jumped into action, shoving Scott’s big cock down his throat. Leo: At first, it seems like the park is gonna be a bust until Leo walks around the corner. This tall, Latin cutie is a bit shy when a hot chick asks him to sit down, and he can’t believe it when she invites him to have sex in the back of her van! She asks Leo to put on a blindfold and has driver Alex pull over and tap in to suck Leo’s big, uncut cock, but she almost loses this jumpy dude when he takes the blindfold off and sees a guy’s lips around his meat.