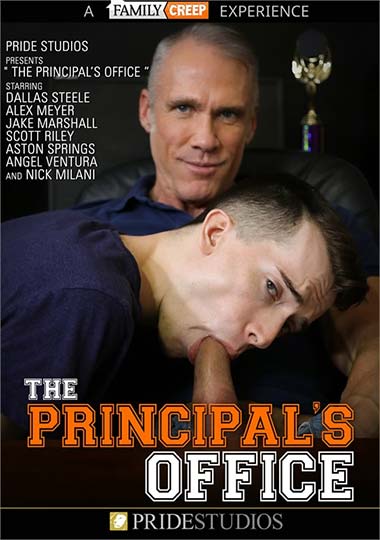 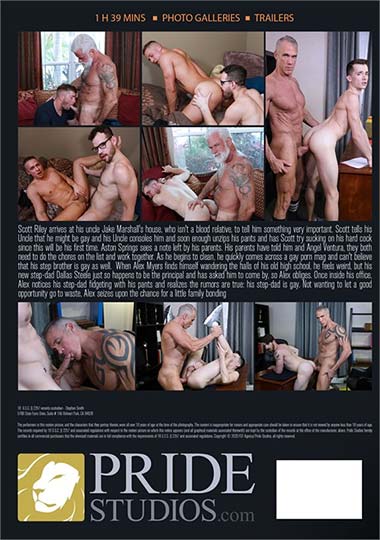 Description:
Scott Riley arrives at his uncle Jake Marshall’s house, who isn’t a blood relative, to tell him something very important. Scott tells his Uncle that he might be gay and his Uncle consoles him and soon enough unzips his pants and has Scott try sucking on his hard cock since this will be his first time. Aston Springs sees a note left by his parents. His parents have told him and Angel Ventura, they both need to do the chores on the list and work together. As he begins to clean, he quickly comes across a gay porn mag and can’t believe that his step brother is gay as well. When Alex Myers finds himself wandering the halls of his old high school, he feels weird, but his new step-dad Dallas Steele just so happens to be the principal and has asked him to come by, so Alex obliges. Once inside his office, Alex notices his step-dad fidgeting with his pants and realizes the rumors are true: his step-dad is gay. Not wanting to let a good opportunity go to waste, Alex seizes upon the chance for a little family bonding.