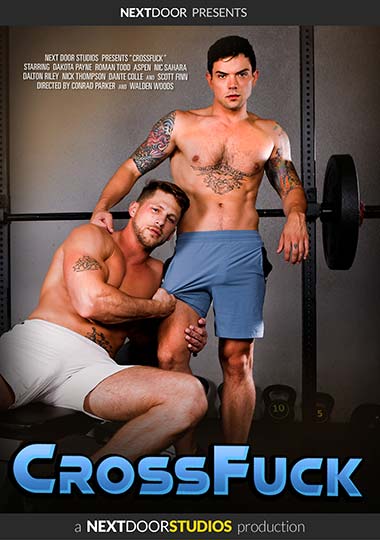 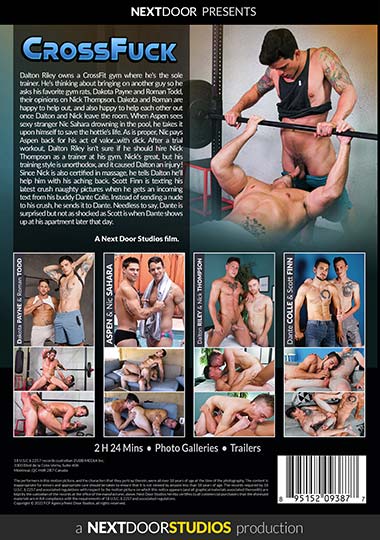 Description:
Dalton Riley owns a CrossFit gym where he’s the sole trainer. He’s thinking about bringing on another guy so he asks his favorite gym rats, Dakota Payne and Roman Todd, their opinions on Nick Thompson. Dakota and Roman are happy to help out, and also happy to help each other out once Dalton and Nick leave the room. When Aspen sees sexy stranger Nic Sahara drowning in the pool, he takes it upon himself to save the hottie’s life. As is proper, Nic pays Aspen back for his act of valor…with dick. After a trial workout, Dalton Riley isn’t sure if he should hire Nick Thompson as a trainer at his gym. Nick’s great, but his training style is unorthodox, and it caused Dalton an injury! Since Nick is also certified in massage, he tells Dalton he’ll help him with his aching back. Scott Finn is texting his latest crush naughty pictures when he gets an incoming text from his buddy Dante Colle. Instead of sending a nude to his crush, he sends it to Dante. Needless to say, Dante is surprised but not as shocked as Scott is when Dante shows up at his apartment later that day.