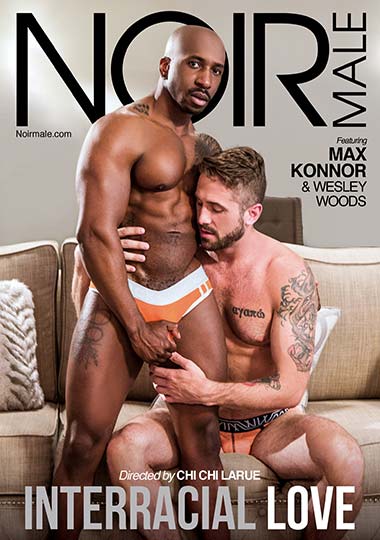 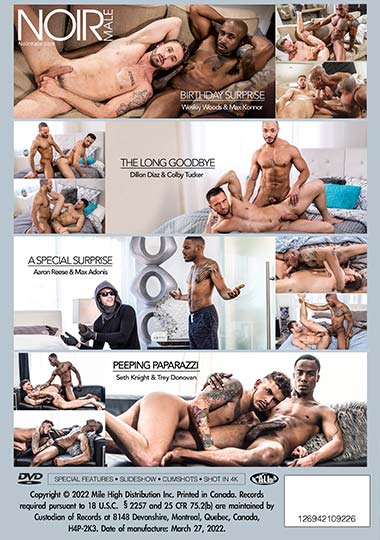 Description:
Noir Male presents Interracial Love:Birthday Surprise: Wesley Woods is anticipating big birthday plans once his boyfriend gets home. Wesley’s hopes are quickly dashed when his boyfriend calls to say he can’t make it home for Wesley’s birthday. But then it only takes a knock on the door to change Wesley’s mood from sullen to excited when Max Konnor is his surprise for the night. The two are ready to celebrate as Wesley unwraps his gift and is ready to ride the thick, rock-hard ‘package’ that is made for his tight holes to fill.A Special Surprise: Every year Aaron Reese’s boyfriend gets him a special surprise for his birthday. This year he thinks he’s getting a home invasion by Max Adonis, turns out Max is actually robbing the house and what he uncovers is much more than he bargained for.The Long Goodbye: featuring Colby Tucker and Dillon Diaz.~~Peeping Paparazzi~: Trey Donovan catches intruding paparazzi, Seth Knight, taking pictures of him in his own home. He confronts the sexy trespassing Latin stud, threatening to break his camera. Turned on by Trey’s aggression, Seth Knight apologizes and says he will do anything to make it up to him…hoping the gorgeous man knows that begging on his knees with Trey’s BBC deep in his throat is just the beginning of what Seth is willing to do.